2017: Chinese business, tourism and investment in the UK

Five reasons why it could increase further Chinese business, tourism and investment have been increasingly prevalent in the UK in 2016, and many signs indicate it will rise in 2017. Here are five reasons why, and why it’s more important than ever to be ready to do business with China.

Without even entering the White House office, Donald Trump has already placed pressure on Sino-US relations by forming connections with Taiwanese president Tsai Ing-wen and threatening to change the long-standing US policy on Taiwan. Several of his tweets have been particularly negative towards China, and the Chinese state-run newspaper Global Times has since responded by saying he ‘bears no sense of how to run a superpower’. Should relations deteriorate, there may be large amounts of Chinese businesses, students and tourists who may be dissuaded away from activities based in the US, and more towards other English-speaking countries, such as the UK. Although ultimately a deterioration of Sino-US relations would benefit no-one, UK businesses should be prepared to take in any extra business that heads their way as a result.

With the pound plummeting following the referendum, Chinese tourist numbers to the UK increased by 40% over the summer, and for the Chinese, the UK is increasingly affordable. Should the pound drop further upon the commencement of March’s EU exit strategy, expect more to come. Regardless, expect more coming to take advantage of the low pound and Britain’s place in the EU [and the relative travelling ease that comes with it] whilst it is still in place.

As a by-product of Brexit, the Chinese are investing in UK businesses whilst it is cheap. 2016 saw the Chinese buy Skyscanner, David Cameron’s pub and a potential takeover of Sunderland FC is on the cards. This rate of business acquisition may increase in 2017.

4. Wealth
Despite stock market jitters, China is still getting richer. It now has more billionaires than the US, and on a different scale the Chinese middle class could be larger than the entire US population by 2050.

In 2017 Britain could [could] potentially make a name for itself as a welcoming place for China to do business, depending on how relations progress. Regardless, the government has put a lot of money and effort in attempting to welcome more Chinese, both in terms of tourism and business; now is a good time to piggyback on that. 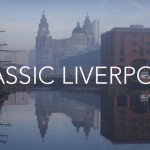 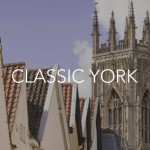 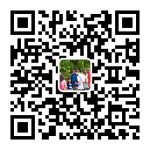 Registered company address: Heath House, Barningham, North Yorkshire, DL11 7DU
Covid-19 Update
We are taking bookings for public and private walking tours after 2nd December. All of our tours take place outside or in well ventilated areas, and are socially distanced. Due to current lockdown restrictions, we can only take a maximum of five people per booking. Please feel free to contact us if you have any questions.
X